On Saturday Dexter and I went over to Legg Park to see if the Winter Wren was still there and I found it in the same area where it was two weeks ago. After that we went south  of Okemos and found a Merlin on Willoughby Road. I took a couple of  nice front on shots before he took off after a Coopers Hawk. I stayed where I was thinking he would return after the chase and was rewarded with some nice pics of him landing. We continued our drive south (always thinking I might see a Snowy Owl) and was rewarded with a Red-shouldered hawk on the corner of Harper and Wolverine Roads. This was the first time I have seen a Red-shouldered Hawk (lifer)! All in all it was a very good day for a drive in the Ingham County countryside.
The whole series of Merlin pics and other birds from the day can be seen here. 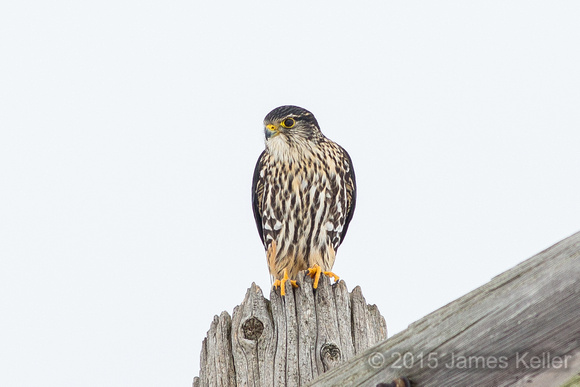 Merlin before it took off after the Coopers Hawk. 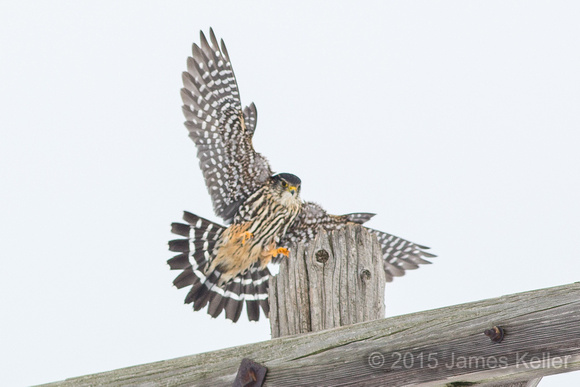 Merlin returns after the chase. 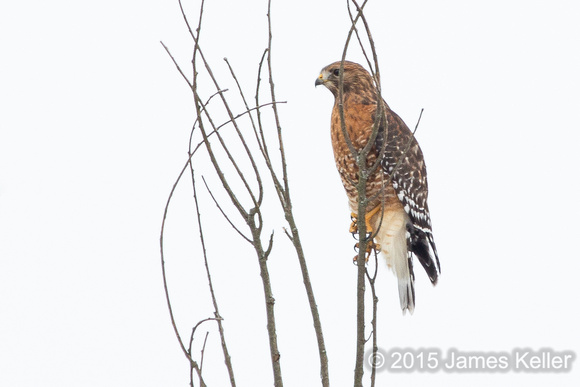